According to the on-line Merriam-Webster Dictionary –

Loud – adjective – a : marked by intensity or volume of sound  b :  producing a loud sound

I…don’t…like…loud… (notice I didn’t even use an exclamation point here since that in itself could be construed as me being ‘loud’).

Now there are all kinds of things I often do prefer to be loud – the roar of a crowd at a football game, my favorite music (although I may be getting old since it doesn’t have to be THAT loud anymore), the surround sound during an action movie, and lastly – at least sometimes, the sound of our children playing and enjoying life as kids…

BUT, there are other things, other times – most other times frankly, that I…don’t…like…loud.

What I am mostly really referring to is how loud a person’s voice can get in different situations.  We all handle things in our own ways based on many factors.  I believe the most obvious influence on this is the environment we grew up in.  Was your family loud?  Were your parents ‘screamers’ when you did something wrong?  Did you have a lot of brothers or sisters fighting for time and attention?  Maybe you were all simply fighting to be heard as individuals?

In my case the answer to all of these questions is a resounding (yet soft) No.

Now don’t get me wrong I think we all raise our voices from time to time.  Sometimes in direct response to the other person (man, woman, or child) we are trying to communicate with becoming louder.  Notice I said “trying” since true communication requires your thoughts or feelings to be understood by the other person.  Without that understanding, you are merely making sounds possibly heard that may or may not have had the appropriate meaning attached to them.  But that is another discussion in and of itself.  Back to my point…

I am not a parent who takes the extreme approach in speaking and interacting with our daughters as if they are grown adults at the same intellectual level as me.  But I do firmly believe that dealing with them as calmly and rationally as possible (emphasis on ‘possible’) will be far more effective than “losing it” when they are not stopping, starting, doing, listening, standing, sitting, walking, or whatever it is I am wanting them to do.  Reference my earlier examples of how or why people get louder in attempts to be ‘heard.’

I think it is important to teach the girls at every opportunity.  So yes, I even try to explain to some degree why they need to do it or why they are being reprimanded in some way when they don’t – which reminds me that I want to talk about ‘punishment’ in a future post as well.  I think a lesson is learned by both the girls and me.  They hopefully learn the specific point being made about their behavior, etc., but also learn to apply that to future situations.  And I slowly learn what does and doesn’t work in my attempts to teach them – or so I like to think.

My sister has a son that when he was very young, she spoke to almost like a peer.  At the time I thought she was a nut case.  In pre-school, he made statements like, “That little boy’s behavior is very inappropriate for the playground, isn’t it Mommy?”  And I thought the kid was growing up way too fast.  Let him be a kid!  Her son turned out to be a very caring, intelligent, successful young man, so maybe she was actually on to something.

So as I was saying, I try to keep a level tone and interact with our girls in a calm manner.  I rarely raise my voice and when I do it is typically for a single “No!” or “Stop it!” or “Don’t hit your sister!” or something else along those lines to merely get their attention.  But then when I am trying to explain, I ensure eye contact and slowly talk through what just happened, etc. in a normal, controlled voice.

There is no question in my mind that our kids learn from our behavior in all respects – how loving and caring we are, how we interact with people in all situations, and our manners and even mannerisms.  So why would I want to demonstrate behaviors that would not – or at least should not be accepted in public or professional settings?  I mean could you imagine if everywhere we went from the store to your work, we yelled and screamed at each other every time we communicated or didn’t get our way?  I have worked with and for individuals who were like that and had no respect for them, and generally hated being in the environment.

When we scream at our kids, are they really hearing and understanding us better, or are we simply sounding angry and scary thus making them louder and worsening the situation anyways?  And isn’t all of that just teaching them the wrong way to communicate?  I think so, but then that’s just – 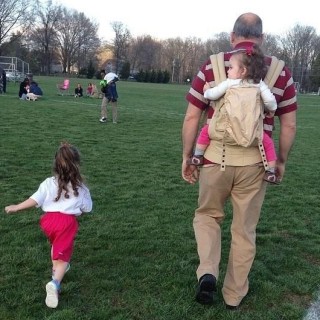